Spotswood and the Melbourne connection

Ever wondered how Spotswood got its name? Keep reading to find out.

Spotswood and the Melbourne connection

Ever wondered how Spotswood got its name? Keep reading to find out.

In Melbourne, there are suburbs with railway stations bearing the names of Spotswood and Seddon.

Spotswood is an inner-western suburb of Melbourne, Victoria, Australia, 7km south-west of Melbourne’s central business district. Its local government is the City of Hobsons Bay. At the 2016 census, Spotswood had a population of 2,604. The suburb is bounded generally by the Geelong railway line in the west, the West Gate Freeway in the north, the Yarra River in the east and by the boundaries of the properties below Burleigh Street in the south.

Richard John Seddon was born in Lancashier, England on 22nd June, 1845. He emigrated to Australia in 1862 and worked in the railway workshops in Williamstown. He boarded in the house next door to the Spotswoods, and took a liking to Louisa eventually marrying her(in 1869) before emigrating to the West Coast of New Zealand.

Originally known as Belgravia, Seddon was officially declared a suburb in 1906, named after Richard John Seddon the New Zealand Prime Minister from 1893 to 1906, who resided there before he moved to Bendigo and later to New Zealand. Seddon is 6km west of the Melbourne CBD. Its local government is the City of Maribynong. At the 2016 census, Seddon had a population of 5,123. 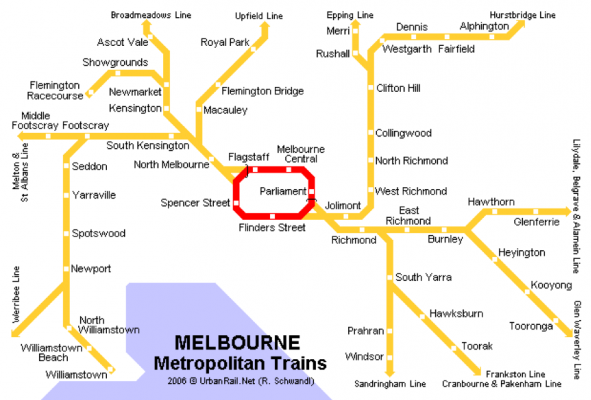