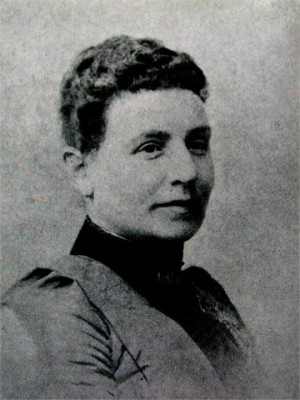 Mrs Seddon is the daughter of the late John Stewart Spotswood, land and shipowner of Williamstown, Victoria. He was one of the early pioneers of the Colony, and the land upon which a large portion of the town of Williams town is built formerly belonged to him, as also the land upon which stands the township of Spottiswoode, on the Yarra.

Her grandfather was Captain John Spotswood, of the 84th and 98th regiments, East Bay Neck, Tasmania, and her grandmother was the daughter of Major-General Waddington, of the Honourable East India Company, and at one time Governor of Bombay. There has been an issue by her marriage eleven children, nine of whom are still living, viz., six daughters and three sons. The eldest daughter is the wife of the Rev. Mr Bean, Vicar of Addington, Christchurch. The names of the family are Jane A. (Bean), nee Seddon, Phobe Alicia, Louisa J., Mary Stuart, Elizabeth May, Richard John, Thomas Edward, John Stuart Spotswood, and Ruby Jessie.

Amongst the miners and residents of the West Coast the name of Mrs Seddon is revered, and, although ofttimes Mr Seddon, as all public men are, has been adversely criticised, yet none would dream of breathing a syllable adverse to his good lady. In fact, on several occasions, when a political feeling has, run very high at elections, many of the diggers refrained from voting against Mr Seddon because they saw his rejection would be a reflection on his good wife and cause her pain.

As an evidence of the good feeling which is felt towards Mr. and Mrs. Seddon and their family on the West Coast, the townships of Greymouth, Kumara, Hokitika, and Ross, and the surrounding districts vied each with the others in giving some substantial and lasting token of their good wishes on the occasion of the departure of the Premier, Mrs. Seddon, and family, to take up their residence at Wellington.

Mrs Seddon is not one of "the New Woman" kind. She is retiring and has devoted herself almost exclusively to her family, and to assist her husband in his arduous duties. She has taken an active interest in Church and Benevolent matters, but in matters, political her answer has ever been, "I am quite satisfied to leave politics and public affairs to my husband."

SPOTSWOOD IN THE SOUTH ISLAND:

Spotswood is a farming locality situated 8km north of Cheviot, Canterbury. It is also believed that this area was named after Louisa Jane Spotswood.