136 students (62 Boys' and 74 Girls'), all third formers, and all wearing their new uniforms, and the staff attended the first assembly held in the Woodwork room, which was used as an Assembly Hall during the first term.

As an opening Bible reading Mr. McPhail chose a reading from the new Testament, choosing the parable of the sower, and expressing the hope that the College would “bring forth fruit a thousandfold”.

After prayers, Mr. McPhail congratulated all those who had helped plan and construct the College.

Mr. Moss then spoke to the gathering. “It is you, pupils who are the school and not the buildings,” said Mr. Moss. He was very impressed with the buildings and equipment provided and told the pupils that they were, in fact, pioneers.

Mr. Moss then introduced each member of the Staff to the pupils, thanked the contractors, and wished the School, pupils and staff, good luck.

Messages of good wishes from Miss R. Allum (Principal of N.P.G.H.S) and Mr. J. Webster (Headmaster of N.P.B.H.S) were read. 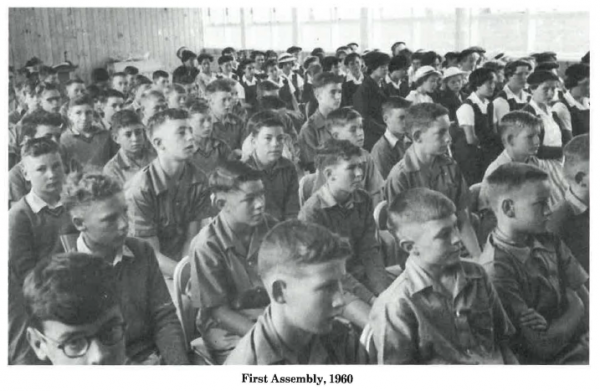 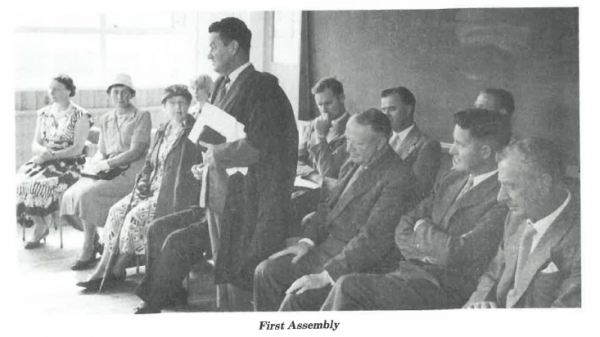